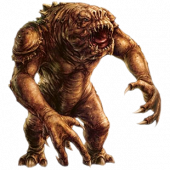 I used the stock PowerShell 2.0 update script, and modified it for PowerShell 3, 4, and 5. I attempted to cover pre-requisites checks to prevent installing on systems with incompatible applications or operating systems. The scripts will check if the KB is reported as installed after the update completes to determine status. This means that the script will report the update was successful even if a reboot is still needed.

The attached .ZIP has 3 scripts, one for each version, in a single XML bundle. To import the Scripts, select Tools -> Import -> XML Expansion. After import the scripts should appear in the "__Examples" folder. This pairs nicely with the PowerShell Version Roles at https://www.labtechgeek.com/files/file/13-powershell-version-roles/

Exchange Server should be detected correctly in the PS3.0 script.
Updated capitalization for "PowerShell" in each script.